Bethel Missionary Baptist Church is located about halfway between Richlands and Jacksonville, just off of highway 258, in the Rhodestown Community, of Onslow County.   Since the church was established, Bethel has been through building programs  and  weathered some storms.   Here is the story!

Some of the residents in the Rhodestown community saw a need for a church. The Brotherhood of Bethlehem Missionary Baptist Church, heard the desire of the people. They sponsored Bethel as a mission church. Mrs. Lucy Rhodes, donated the land, for the church.  The brotherhood purchased some camp buildings, that were being disposed of,  from Camp Lejeune, for the building material.  They worked diligently for a few months. Finally the building was complete!  The building had a single room with a wood heater.  They used cloth curtains, as room dividers, for classrooms. It had no bathroom, but it did have a hand pump outside for water. Bethel held their first service on Sunday afternoon, December 11th, 1955. The first pastor was Rev. L.L. Barnes. Bethlehem Missionary  Baptist Church, sent teachers to fill in for Sunday School and guest  speakers, for the worship hour,  until Bethel got established.

Bethel, obtained the land deed in December 1959.  In 1960, the church voted to join the New River Baptist Association. 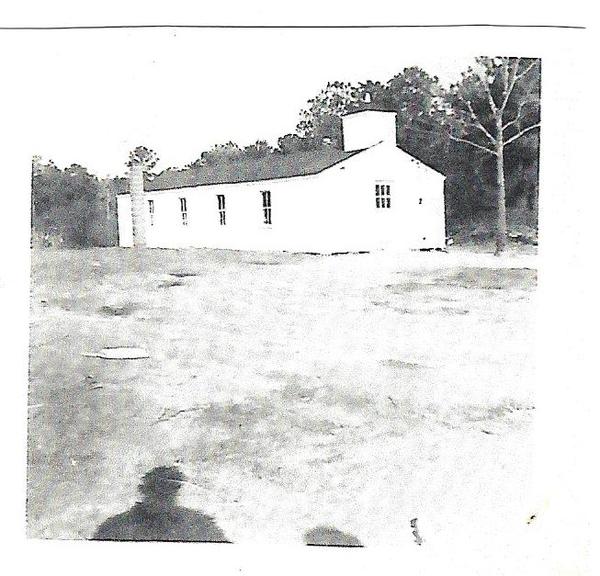 On November, 21, 1965 the church dedicated a new church building.  The guest speaker was Rev. L .L. Barnes, the first pastor!   The  members sold plate dinners, and tended a crop of tobacco, for two years, to pay for the new building.  The new church was a white block building.  It had a new sanctuary, classrooms, and bathrooms.  A fellowship hall was added in 1975.

On January 6, 1976, a fire destroyed the sanctuary, of the white block church.  The sanctuary and the contents were a total loss.  The fire was caused by faulty wiring.  Bethel had no insurance and no funds to rebuild.  Word spread quickly, over the local news stations, about the fire, and the church, without insurance.    Donations came in to help Bethel rebuild.

Two weeks after the fire, the walls were raised, for the now existing sanctuary.  The next day, a storm came through, and tore, the walls down.  The men prayed, they cleared the debris, and started building again.  They worked every Saturday to rebuild the church. The ladies provided food for all the workers.  Every member sacrificed their time, money, and energy to rebuild the church!

The worship services were held in the church fellowship hall while the church was being built.    The new sanctuary was completed within a few months and the church owed no debt on the building.

Through the tragedy of the fire, we drew closer to God, and each other.  God enabled us to build a much larger and more beautiful building for our worship services.  God showed us his awesome power!! Two "Bibles" were found among the ashes. The covers were not even scorched!!

The church has been through several renovations and additions.  We have added some offices,  a choir room,  and a  new kitchen.    In 1984, a new classroom wing was added to the church with  handicap bathrooms. God has been good to us!!!